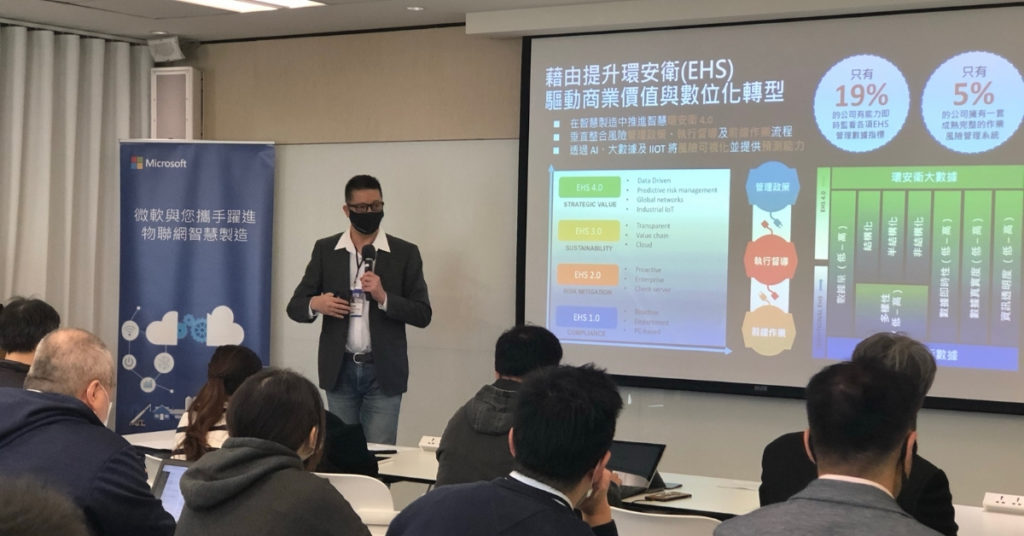 You may often hear about the concept of Industrial 4.0, using technologies such as artificial intelligence (AI) and industrial automation. Yet, the critical question remains what we want to achieve by deploying such technologies on the production floor. In the best scenario, imagine running a fully automated factory, everything is peaceful, quiet, and efficient. But alas, a machine breaks down or an accident occurred, what happens next? Humans are involved at once to fix the issue. In the realistic world, is it possible that humans really be removed from your production line altogether? Think about the costs of replacing pieces of machinery and redesigning infrastructures. At the end of the day, automation is not just about robots-in-arms; men are still the most crucial factor in a production line.

Now that we established the indispensable role of humans in a factory scenario, we do understand that they remain the weakest link in any sort of automation undertaking. Reason being, machines are rule-based and designed to perform specific functions, with sensors and PLCs to monitor their ‘wellbeing’ throughout. Humans, on the other hand, are typically employed to plug the gap between machines. Yet, they are well-known to be inconsistent in monotonous repetitive actions. How then, can we turn theirs actions into clean and usable data points to input into automation systems?

The AICS EHS Management System is designed to focus specifically on the human component of an automation process. The idea is to turn complex human-machine interactions into consistent and quantifiable data that can feedback into existing automation frameworks for analysis and post-processing. This is done through the application of AI deep learning analysis with computer vision. Leveraging existing visual surveillance infrastructure, the system when trained, is capable of not just monitoring if operators execute their actions in line with SOPs, but is also capable of detecting anomalies. For example, a machine designed for single-man operation suddenly has two people operating the machine, this will then trigger an alert.

We abide by the traffic lights and road signals on public roads and pay attention to our reverse camera to park our vehicles. But when it comes to vehicles in the factories, it is usually assumed that all is good with ‘careful’ operation. In fact, factory incidents accounted for more than half of all industrial accidents last year, with forklifts being the most dangerous vehicle. And as you might expect human error and carelessness were the main factors. Yet, there is presently no consistent solution to mitigate such risks.

Through our research, we formulated that only through effective policy implementation and real-time alert working together, can we make the traffic in the factory safer. Hence, our vehicular safety control solution focuses on two aspects: tracking and alert. By employing sensors like the reverse sensors found in common automobiles, we simulate a familiar environment for drivers, alerting them of proximal objects. This supplies the first layer of enhanced alertness during operation. In the event of near-miss incidents, such events are wirelessly tracked, and metadata is uploaded to our AI dashboard for analysis. Over time, we can map out hotspots and incident patterns for management assessment and policy changes.

In 2019, government statistics stated that less than 10% of electrical fires were detected due to limited domain expertise and resources, with the majority of industrial fires occurring in manufacturing sites. Hence, the need for pre-emptive detection of faulty electrical components is clear. Yet, one of the major pain points in using Infrared (IR) imagery in detecting fire risks is the lack of skilled engineers in analyzing the images to read the pyro tea leaves. As such, the Infrared Intelligent System (IRIS) can be deployed in this situation. A simple web-based service, all that the user needs to do is to take an IR image and upload it to the server for analysis, and voila, fire risk reports are automatically generated. By using state-of-the-art deep learning algorithms to identify risk levels based on temperature readings, IRIS is also capable of recommending potential faulty electrical components for further follow-up by engineers. As such, by leveraging the power of AI, IRIS allows for greater scalability and timeliness in addressing issues of resource limitations and domain expertise in joining the fight against unnecessary fire hazards and make the workplace safer.

Weaving the safety fabric of factories with Artificial Intelligence

The AICS EHS Management System is designed to integrate industrial safety with digitization, empowering each worker to take part in a zero-harm environment. Safety is not by chance, but by a group of people undertaking a set of protocols to systematically achieve it. Our solution not only enhances safety and productivity in manufacturing plants but also creates a smarter workplace with substantial cost savings.

The final leg of the race from college to industry! Accelerate your career development & growth by joining AICS intern program right now!
6 program highlights that you don’t want to miss

Opportunities for hands-on experience in product development in a world-class business environment – you will greatly sharpen and enhance your workplace communication skills via project discussions and interaction with team members from engineering to product management!

✓ Put Your Knowledge Into Practice!

You will have opportunities to contribute your ideas and creativities in the projects which match your area of expertise & interests. Work with AI professionals & learn from these industrial mentors while you are working on your degrees. You will definitely be challenged & grow in your technical skills & articulation!

Top performers during the internship will be offered full-time ASUS employment. A leap forward into your professional career!